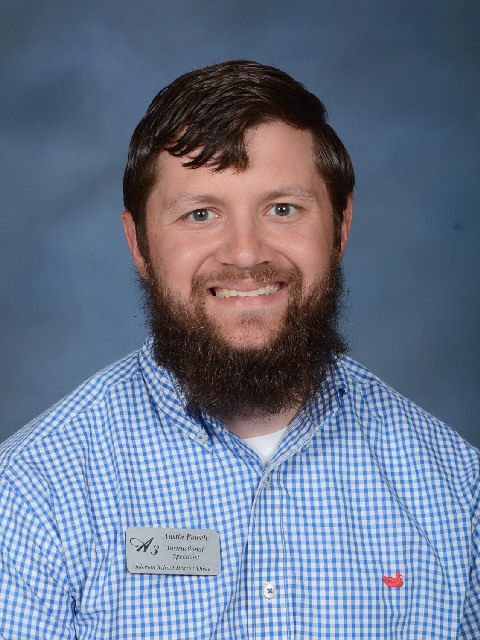 During the March 8, 2021, regular monthly meeting of the Anderson 3 Board of Trustees, the board approved the administration's recommendation for Austin Powell to become the new principal of Iva Elementary School for the 2021-2022 school year.

With almost ten years of teaching and leadership experience, he currently serves as Assistant Principal of Instruction at Flat Rock Elementary School, a position he's held since 2017.

Powell began his career as a 7th-grade math teacher at Wright Middle School before moving to Starr-Iva Middle in 2012. He spent four years at Starr-Iva and one at Iva Elementary before becoming Assistant Principal at Flat Rock Elementary. During the last seven years, Powell also coached wrestling at Crescent. This year he became head coach and led the Tigers to their first state championship in over 15 years.

Austin and his wife, April, just celebrated their 12th anniversary. April is a paralegal at Hite & Stone. They have two daughters Harper and Elyse, that are 8 and 5. Together they own a small farm in Abbeville, SC.