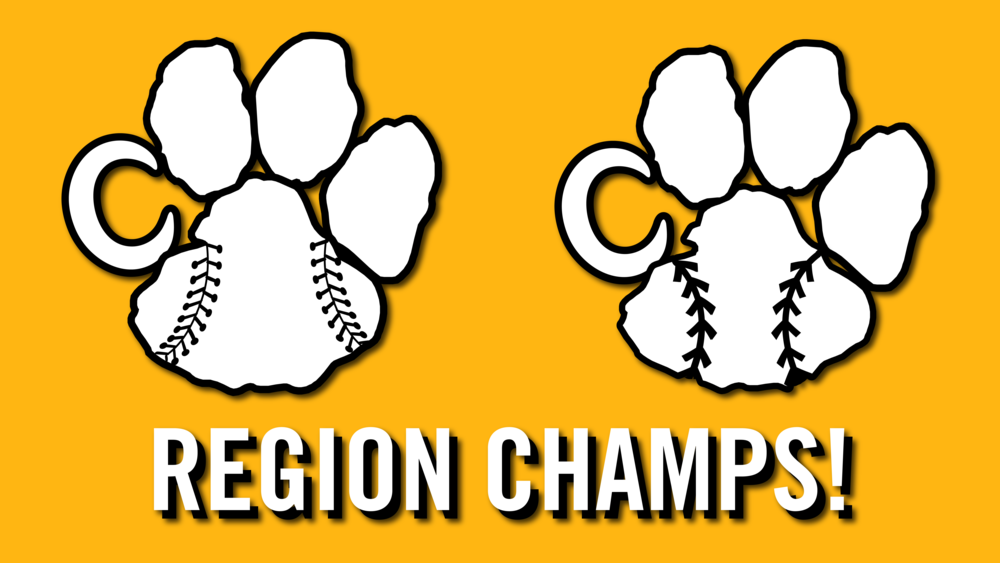 The Crescent Baseball and Softball teams officially have another region title under their belts.

"Ninety-Six is just such a strong, well-coached team.  I was so proud of the girls for staying focused, getting out of some jams, and doing what we needed to do. We left some chances out there but were able to do what we needed to win the game.  We have such a great group of coaches that I get to coach with, and it was special to have such success with them and the girls. They work so hard. Softball is a team game, and that was definitely a team win.  We pitched and caught very well, and played solid defense against a great hitting team.  Savannah Chambers had a critical home run in the 6th which gave us a little more breathing room, and that helped as well. We’ve had some great crowds at home and away games, and our players and coaches are so appreciative of that to our student body and all of our fans.  We need it to continue as we wrap up our regular season, host Senior Night for softball on May 10, and start the playoffs the following weekend! To win on Thursday and then get to go see our baseball team win it the very next night on the road, was something special.  Coach Carson and his staff always do an outstanding job. Our kids on both teams are so genuinely excited for each other....that’s a cultural thing.  It’s a great feeling to see that for our school and our teams."

What do you look forward to in preparing for the playoffs?

"We are just so happy to have a chance to keep playing and achieve more.  When you think of where things were this time last year, I don’t think this opportunity is lost on anyone.  You don’t take as much for granted, even though it’s a long season.  We want to take advantage of this time until playoffs to heal up a little, focus on some needed areas of improvement, and just keep on appreciating having the chance to win our last game."

"The region winning game was one like I have never experienced before. Just about every crazy thing that could happen in a ballgame happened. I was so proud of our team in the way they competed through all the ups and downs. The whole series was extremely competitive, that is a complement to the group of guys from Abbeville as well. In the region winning game there were several big plays. Two in particular come to mind, Carson Roberts squeeze bunt and Reece Binningers game winning throw to record the final out at home plate. The atmosphere at both venues was electric. Huge shoutout to our entire CHS community! In particular big thanks to all the students who came to both home and away games. Also, we would like to thank Mr. Roberts, and Coach Jordan for the BBQ!!! In preparing for the playoffs, I look forward to cleaning up a few areas of our game that need some work. Moreso, it's a blast just "going to work"  each day with this group of guys. They enjoy being around one another, playing the game, and working hard at practice."

Congratulations to our Tiger Athletes and Coaches!